Switzerland is considered as the second heaven on Earth. And it totally justifies the tag – the lush green fields, the picturesque snow covered mountains, the innumerable lakes with crystal clear water – where else will you find such diversity in beauty? No wonder the late Yash Chopra was bowled over by Switzerland. In fact, he was felicitated with Swiss Ambassadors Award in 2010 for his contribution in promoting Switzerland through his cinema!

Zurich is one city you are bound to fall in love with. We visited Zurich during the early evening. The weather was mostly chilly with a cool breeze flowing across the Lake Zurich. We visited the St Peter’s Church which has the largest clock face in Europe, measuring 8.7 m in diameter. There are five bells dating from 1880 in the tower – the largest of which weighs over six tons without its clapper. After the church visit, we strolled around the city for an hour and half. Though Zurich is the financial capital of Switzerland, I was amazed by how quiet, clean and mysterious it is. There are a lot of lavish cafes alongside, but in the interest of time, we decided to just have the Swiss Ice-cream and and bought some Lindt Swiss Chocolates. If anyone plans to order Lindt Chocolates, the caramel flavor is a must – it just melts in your mouth!
From there, we went to the Hotel Terrace in Engelberg, which was owned by an Indian and is famous for attracting Indian Tourists. For the next three days – we had all sorts of Swiss Indian food, with my favorite being the Swiss Upma! 😛

After a scrumptious Indian Breakfast, we headed to Mount Jungfrau – which is considered the Top Of Europe – around 3500 metre above sea level! While going there, we got to witness the World’s Largest Railway Tunnel, which coincidentally opened just recently after 17 years of construction. There are a lot of places to visit once you reach – the Ice Palace, Snow Palace, and a couple of Restaurants (including an Indian one).  The Ice Palace  houses an artificial ice house where every sculpture is made of ice. There are ice shaped Penguins, Walruses, vaulted rooms and what not! Its advisable to walk with caution here though – you can easily injure yourself since you are walking on slippery ice. The snow palace is the ideal place to indulge in some snow fun – you can make snow balls, dance, and click some photos with the entire Europe as your vantage point!

In the evening, we went to this quiet town named Interlaken. It is surrounded by lakes of Thun and Brienz  and has some nice gardens. There are many cafes to relax and there are a lot of shops for buying Swiss Watches and Knives. 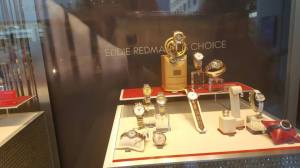 Mount Titles was by far the most enjoyable experience for me in Switzerland. It’s pretty much like Jungfrau, except that it’s not as high and has a range of adventure snow fun activities. Once you buy the ticket, every activity is free so you don’t have to worry much. You can do as many rounds of sledding as you want to. I did it thrice. At first, I was a little apprehensive, but once I stepped onto that  sledding Tyre and started rolling down, the thrill and adrenaline rush went sky high. It felt like I was seamlessly sailing in the snow – the feeling just cannot be described, it has to be experienced! All these activities happen in the glacier park – so you’ll have to get to the glacier park via the ice flyer chair lift. There’s also the ice cave that you can visit, but to me it seemed pretty similar to the ice palace of Jungfrau. There’s also a rotating cable ride (which claims to be one of its kind) that takes you from the middle station at Stand up to the mountain station at 3,020 meters above sea-level.

In the evening, we went to a beautiful city called Lucerne. It is considered the ideal place to purchase branded Swiss watches, Swiss chocolates, Swiss army knives, etc. There’s also a historic Lion Monument there – with a giant dying lion carved out of a wall of sandstone rock above a pond . It was designed as a memorial for the mercenary soldiers of central Switzerland who lost their lives during the French Revolution while serving the French king Louis XVI.